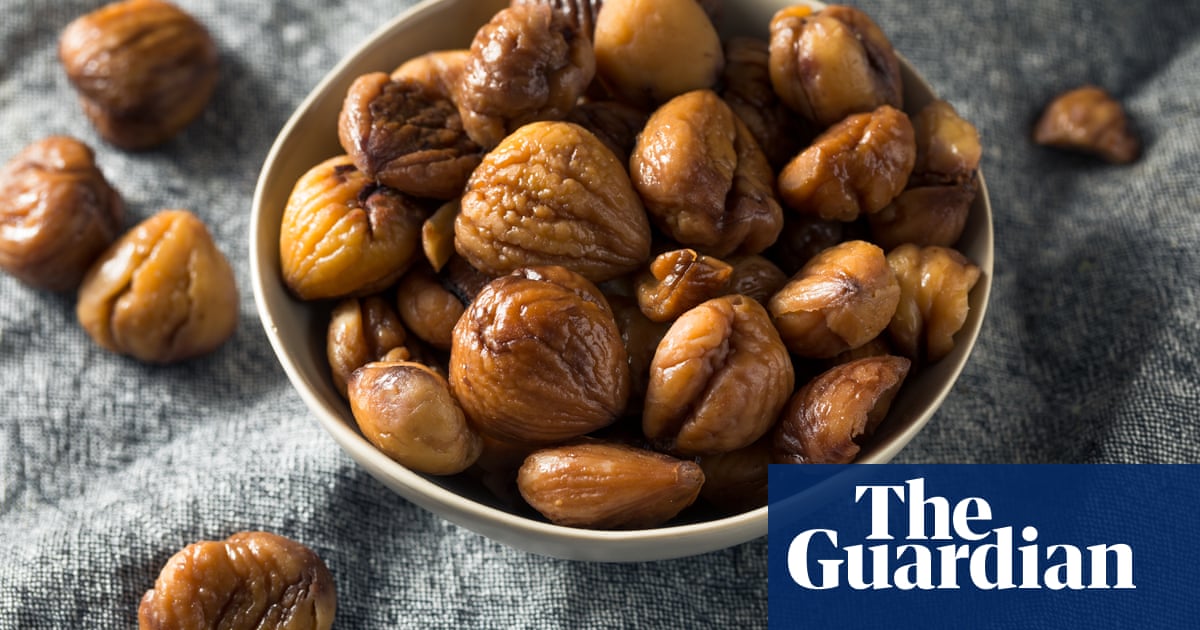 Astonishingly versatile, chestnuts shine in savoury dishes as well as they do in sweet. Here’s how to make the most of this autumn’s crop

Chestnut season always deserves to be celebrated. Its arrival marks the end of summer’s crude savagery and the start of something a little more sophisticated: warm knits, darker evenings, comfort. Better yet, chestnuts are absurdly versatile, just as welcome in a savoury dish as a dessert. Let’s prepare for the glory of autumn by sharing our favourite recipes.

Straccetti with chestnut mushrooms and chestnuts

If it’s comfort food you want, then you can do a lot worse than a big steaming bowl of pasta. Bocca di Lupo’s Jacob Kenedy has a recipe for straccetti with chestnut mushrooms and chestnuts that couldn’t be more autumnal if it tried. Not least because, in addition to the chestnuts in the sauce, the straccetti – easy-to-make “little rags” of pasta – also require chestnut flour. Kenedy calls this dish “mountain fare”. There are no mountains near my house, but I’m going to make it anyway.

Kenedy’s pasta really is easy to make but if it’s still too much like hard work, there’s always Mister Meatball’s chestnut carbonara. It isn’t a vegetarian dish, since the chestnuts augment – rather than replace – the pancetta. Nevertheless, they are a beautiful addition, triangulating beautifully with the salty meat and silky egg. Plus you can use spaghetti out of a packet.

Chestnuts also lend themselves remarkably well to soups, to the extent that this entire article could have been made up of different types of chestnut soup. Instead I’ll just go with my favourite: Worththesalt’s roast chestnut, squash and stilton soup from a 2014 reader’s recipe swap. Yes, it’s made with chestnuts, bacon and cheese, which means it is, in essence, liquidised carbonara. But are you really going to tell me you wouldn’t eat a bowl of liquidised carbonara? Of course you would.

It would be silly of me not to include one classic mushroom dish here, and Theo Randall’s chestnut risotto more than fills the brief: a rich, thick, hearty bowl of rice and starch and stock and cheese. Doesn’t that sound perfect? Doesn’t that sound exactly what you need at the end of a long day? It’s also worth pointing out that Randall glugs a load of brandy into his risotto, because somehow that improves it even more.

Less traditional, but still delicious, is Barney Desmazery’s recipe for chestnut hummus. It has chestnuts in it instead of chickpeas, but the end result is a sneakily Christmassy dip. Fantastic.

Our final savoury dish of the day relegates the chestnut to a supporting player, but what a supporting player it is. Thomasina Miers’ recipe for charred cabbage with jerusalem artichokes and chestnuts pretty much requires each ingredient in the order it’s listed. Honking great wedges of charred, tender cabbage, half a kilo of jerusalem artichokes, steamed and then blitzed into a sauce, and finally a scattering of stir-fried chestnuts. This is a work of art. Leave one ingredient out and it becomes a lopsided mess; with all three in concert, it’s a masterpiece.

Now for pudding. If you have never attempted a monte bianco, a snow-capped dessert mountain, you are missing out. Rachel Roddy’s recipe is a deeply solid foundation upon which you can begin to rectify this. Peeled chestnuts, saturated in warm milk, minced, mixed with melted chocolate and icing sugar, then minced again and served with cream. It sounds like it should be a mess, but is a thing of complete beauty.

Alternatively, Yotam Ottolenghi has a corker of a recipe for chestnut and prune brownies. Like Kenedy’s straccetti, these are made from chestnut flour, which gives them a powerful, chestnutty kick. Ottolenghi says the flour smells “rustic and distinct”.

Another chestnutty twist on a classic is Delicious magazine’s recipe for chocolate and chestnut eclairs. There’s no chestnut flour here; it’s a classic eclair in every way, except that it’s filled with chocolatey chestnut puree. Eclairs are traditionally a massive faff to make, but if you have the patience these are well worth the time.

Chestnut trifle – try the recipe below or invent your own version of the classic pudding. Photograph: Image Professionals GmbH/Alamy

Lastly, chestnut trifle. Del’s Cooking Twist’s recipe might not be the ideal version of a trifle – there is no custard, jelly or hundreds and thousands – but what it lacks in fluorescent goo it makes up for in chestnuts. At the bottom: biscuits. Above them: cream. Above that: chestnuts in chestnut puree. Above that: chestnut mousse. On top: a chestnut. You would have to love chestnuts to make this. But if you have read this far, you almost certainly do.

We will be in touch to remind you to contribute. Look out for a message in your inbox in November 2021. If you have any questions about contributing, please contact us.